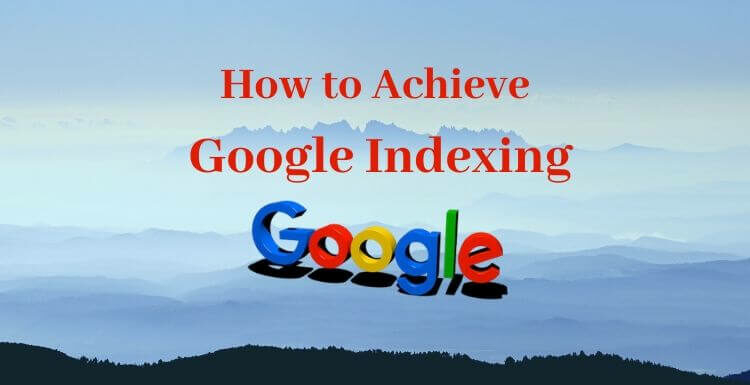 Logging into Google Webmaster Tools on completion of publishing posts to websites has been a ritual over past years.

I’m not sure just how long I’ve been doing this, but it would more than a few years. It has not been possible to check those statistics since early 2017 when upgrading websites to https required an update on Google Webmaster Tools.

However, what can be said is there was never a concern about the results of Google Fetch & Render. The task was completed as should be for each post, and moving on to the next one was normal practice.

To be exact, it was November 2017 when I first experienced the result of a Google Fetch and Render being ‘Partial’.

How could this happen! It made the Webmaster page look unorganized, not to mention what could be going on with the functioning of my website.

I couldn’t work this out but assumed the next post to go through Google Fetch and Render would be ‘Complete’. To my dismay, it wasn’t so.

What was going on behind the scenes was a mystery. I attempted to find a solution, and it appeared to be something to do with a Google Bot. Not being all that techie this didn’t mean much to me, so I carried on until recently when I could no longer cope with all these ‘Partial’ results on the Google Webmaster page.

The decision was made to put my ‘Webmaster Hat’ on and investigate the reason for all the Partial results. Surprisingly enough, it wasn’t at all difficult to dig deeper into Google Webmaster tools to find a starting point to a solution.

So, clicking on the double arrows beside the Partial result ( >> ) I found a message:

Due to inactivity between this website and Twitter, there was only one place to look, being Social Media icons.

Immediately, I went to the plugins on my site and opened the Social Media plugin to identify what I had entered to produce a Twitter icon on the site.

What To Do Next

I decided to delete the Twitter icon from the plugin, hoping that would fix the problem. Deleting Twitter details certainly removed the icon from my website. However, it did not change the results in Google Webmaster Tools. After a period of time, and rebooting the computer, submitting the post to Google Fetch and Render did not have a positive effect. The results remained as ‘Partial’.

There was only one more action to take in an attempt to obtain from Google a ‘Complete’ Fetch and Render. That action was to delete the Social Media Plugin.

Results After Deleting the Plugin

Due to the Social Media plugin being deleted I have been able re-submit all posts to Google Fetch and Render and receive ‘Complete’ results.

The question is – Was this Social Media plugin at fault?

I will not name the plugin here, as it is a very popular plugin. Until discovering the issue with Google Fetch and Render I was satisfied with the plugin and considered subscribing to the Premium version.

I have not replaced that plugin with an alternative and will give thought to that in due course.

During the years I have been working online there has been many warnings about using plugins on WordPress websites. Some of these warnings have probably been valid, but there is so much to consider with back office and deeper technical aspects of a website.

For instance, it is possible that some other feature on my website did not function well alongside this Social Media plugin. It may have been the Theme I am using. It would take the knowledge of a professional internet technician to identify the cause.

Where the Doubt Arises

In Google Webmaster Tools Fetch and Render, it appears that:

This is rather a large subject and I can talk about it only as it affects my website. But, in doing so I hope it helps you or someone else who is attempting to find what causes ‘Partial’ rendering

What I find confusing is that in spite of results showing as Partial, it appears that all content could be viewed by visitors and by Google.

Achieving Google Indexing soon after publishing a post is one of the main accomplishments I aim for. This is a common ambition of internet marketing colleagues and a good practice, not to be overlooked.

Therefore, at the time of requesting Fetch and Render of a post I also request Indexing.

In spite of the ‘Partial’ results received, the same post as the image above refers to was submitted and indexing requested by Google Webmaster Tools on 11th December 2017.

Other than being concerned about ‘Partial’ rather than ‘Complete’ appearing on my account in Webmaster Tools, I feel that my website has not been jeopardized by the use of the Social Media plugin.

Where To From Here

I will soon make the change to Google Console as so many other online marketers are using. However, I have not found on Google Console where many of the features are located that are on Google Webmaster Tools, so I’m not in a rush to do that.

There are many website owners / or webmasters who have written posts about Google Partial Fetch and Render. However, I have written this from my own experience. I’m not sure at this stage how greatly concerned I should be about the Partial results, in terms of the effectiveness of my website.

In spite of so many ‘Partial’ Fetch and Render results, I question placing blame the Social Media plugin.

I am tempted to reinstall that plugin. But before reinstalling I will try a different Social Media plugin and see if I get similar results.

Of course, I trust Google’s tools and rely on the assistance Google provides for webmasters, particularly in the area of search engine optimization. For now, I do not know which way to move with the provision of Social Media icons on this site.

I feel that no damage has occurred to my website. Maybe further research will provide the answer to the correct Social Media icons for this site.

I trust you have found something of value, particularly in understanding what at first appears to problematic, is not always the case. Sometimes a simple solution can be found without going too deeply into the tools that make websites ‘tick’!

I invite you to explore the resource I enjoy about building and earning from my own websites. You are welcome to learn  about this by reading my Review of Wealthy Affiliate.

Your comments and questions are welcome. Please leave them in the space provided below and I will respond.

This website uses cookies to improve your experience while you navigate through the website. Out of these, the cookies that are categorized as necessary are stored on your browser as they are essential for the working of basic functionalities of the website. We also use third-party cookies that help us analyze and understand how you use this website. These cookies will be stored in your browser only with your consent. You also have the option to opt-out of these cookies. But opting out of some of these cookies may affect your browsing experience.
Necessary Always Enabled
Necessary cookies are absolutely essential for the website to function properly. This category only includes cookies that ensures basic functionalities and security features of the website. These cookies do not store any personal information.
Non-necessary
Any cookies that may not be particularly necessary for the website to function and is used specifically to collect user personal data via analytics, ads, other embedded contents are termed as non-necessary cookies. It is mandatory to procure user consent prior to running these cookies on your website.
SAVE & ACCEPT
Skip to content